Some 13% of the power produced by the engine to move a long haul rig along a smooth road at 65 mph is “lost” due to Rolling Resistance. What is it, what causes it, and how can you help to reduce it.

What is Rolling Resistance?

Rolling Resistance is the term used for the energy required to roll a tire over a particular road surface.

It can be viewed as a Parasitic Power Loss, accounting some 13% of the total energy required to move a long haul tractor-trailer combination over a smooth road at 65 mph.

Rolling Resistance is caused by the following factors

Rolling Resistance is also greatly impacted by condition of the road surface.

Why does it matter?

Because it is energy LOST, it is equivalent to a power loss. Power made by the engine is not fully usable, and inhibits forward movement of the vehicle.

Fuel consumption is therefore increased because of this parasitic loss.

How can you reduce Rolling Resistance? 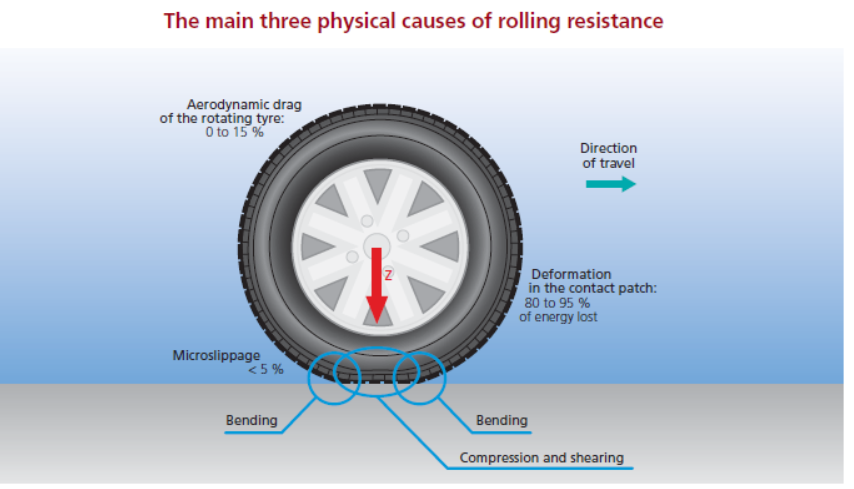 The standard baseline basic tire is the bias ply type, which is given a Rolling Resistance factor of 1 running on smooth concrete. This is given as a resistance of 10 lb per 1000 lbs gross vehicle weight, which is equivalent to 1% grade.

Most tires used today are radial tires, which have 25% – 30% less rolling resistance. This means a factor of 0.70 – 0.75. The most recent design low-rolling resistance tires have factors in the range of 0.5 to 0.6 depending on the specific design and application.

Power lost to Rolling Resistance can be calculated using the following formula: 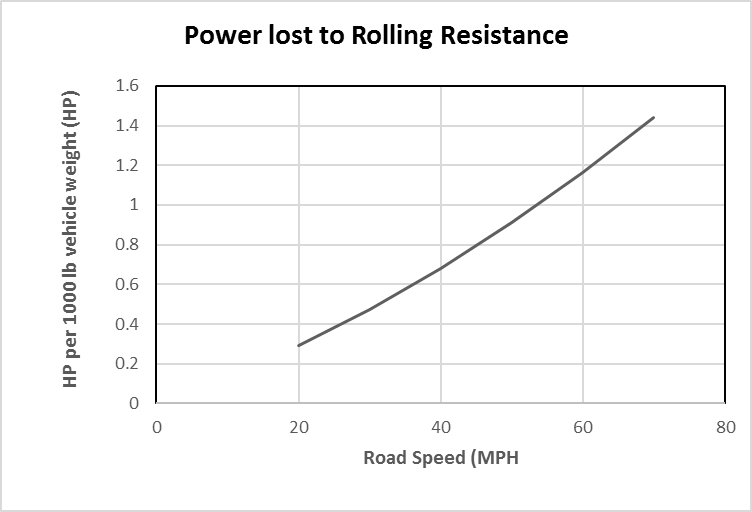 Note that at higher speed, the aerodynamic forces begin to overtake Rolling Resistance as the major contributor of power loss. 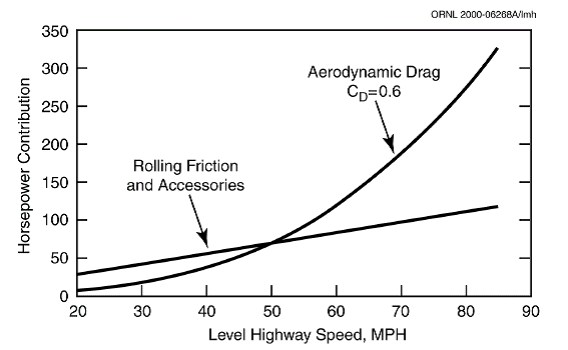 These factors can also be expressed as HP.

These “multipliers” must be used to adjust the rolling resistance power loss to the specific road surface.